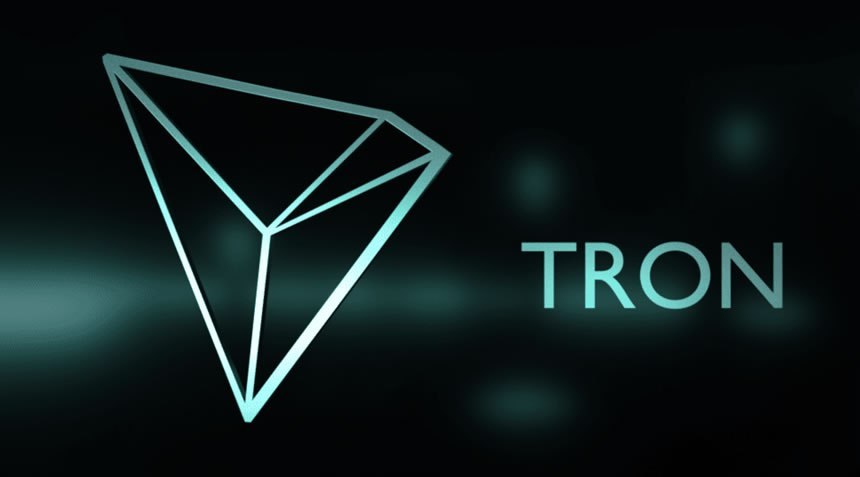 Tron gains traction while the rest of the market generates losses.

The market of cryptocurrencies is fulfilling the predicted a couple of days ago, a strong corrective moment has pushed the ecosystem to levels of average losses between two and four percent for the top ten of the ecosystem.

The MarketCap has begun to fall and in just 24 hours has lost $ 20 billion to be located in the psychological threshold of $ 240 billion, with BTC increasing its dominance to 55.7 percent.

However, in the middle of the storm, two projects that are strongly independent of what happens with BTC, Tron and the fork of BCH, Bitcoin SV, have excelled in the top 20 by market capitalization.

The cryptocurrency of Justin Sun, has managed to be the big surprise of the day to win in 24 hours + 5.42% to quote at a spot price of $ 0.351 per TRX token and a daily volume of more than $ 1.3 billion dollars that keeps it in the eleventh position, very close to box ten of the top ten.

Its strong dependence on the Tether (USDT) has led it to de-link almost completely from the TRX / BTC pair, which represents only ten percent of the market share of the TRX ecosystem.

In addition, the good news in relation to the multi-faceted Sun in relation to its dinner with Warren Buffet and Wu Jihan of Bitmain, as well as other influential crypto space, has been well seen by the altcoin community, to the point that many investors have flipped the look before a possible entrance of Buffett to the crypto space by means of this digital asset.

In the short term, the cryptocurrency presents a strong ascending channel that was born at the end of week 18 of the year 2019 at the limit of the levels of $ 0.30 and that follows the letter of Elliot wave triple combination that is expected to reach the maximum point of immediate resistance @ $ 0.043, a + 10.26% profit compared to the current price at the time of writing. 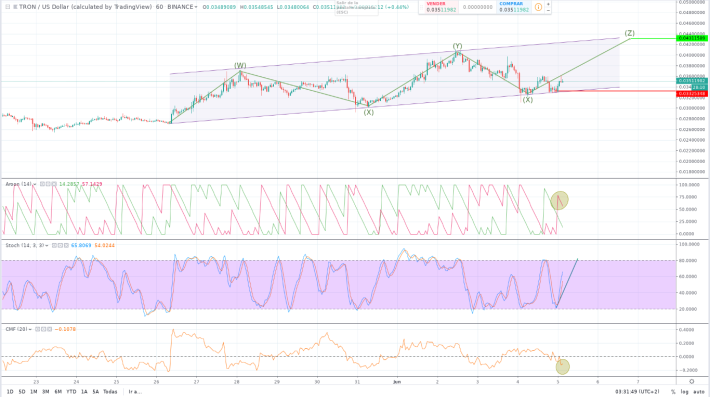 Its immediate support is at levels of $ 0.033 and the Aroon indicator indicates that for now TRX will not reach that level, judging from the change in the downward trend to the bottom of the chart.

Stochastic for its part is signaling the strong buying pressure in the last hours of the altcoin, which is projected to overbought levels, a sign of the current bullish rally in development.

For its part, CMF is suggesting a more fluid entry of capital into the ecosystem of TRON than to follow this trend, we could see higher prices for the cryptocurrency supported by the strong inflow of capital.

In the medium term, for its part, TRX has a HCH pattern that has ended at the beginning of this month, and is the reason for the break of the pattern to the upside that is expected to reach levels of R1 @ 0.0443, which represents a profit of + 24.31% for a period of approximately 34 days. 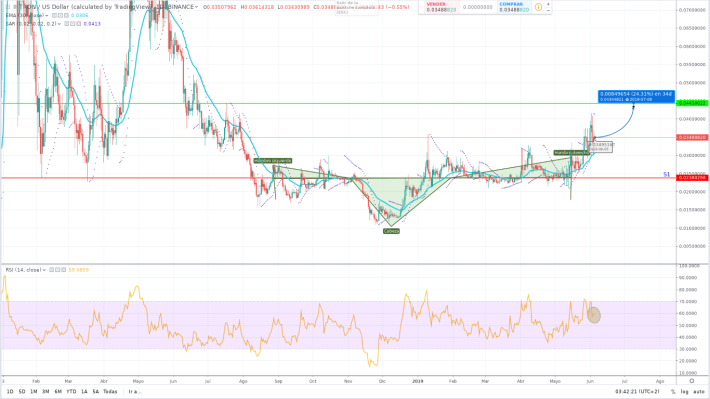 EMA 30 Dy indicates the key support on which TRX rests before it can reach lower levels up to S1 @ 0.0238, Strong Support of the cryptocurrency.

To finish, RSI becomes bullish, with a slight change in pattern that is expected to go to overbought levels in the coming weeks.

Justin Sun has brought back the attention of the crypto market, announcing a series of meetings with important leaders of the blockchain industry, in what seems to be a strategy designed to generate more adoption of its cryptocurrency in conjunction with blockchain technology.

For now Tron remains outside the top ten, then lose this position by entering the selective ranking of cryptocurrencies by the other big winner of today, Bitcoin SV.

Craig Wright's proposal has benefited from the publicity he has had of nothing more and nothing less than Nasdaq on his official website.