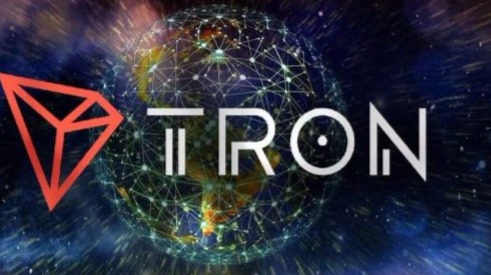 Tron soars high by 20 per cent...likely to continue bullish trend

Since it’s inception, Tron has been making waves as one of the leading altcoins to rival the likes of Ethereum and Ripple, despite its recent introduction on the cryptocurrency landscape.

Like other leading altcoins, it has experienced a bittersweet relationship with the cryptocurrency space as it has it's own fair share of optimists; who have no doubt of it as the next big thing after Bitcoin, and pessimists; who think it’s nothing more than another interesting rise-and-fall altcoin story. However, it’s progress is nothing short of remarkable.

The altcoin is one of the select-few that skyrocketed to around 15,000 per cent in a little less than a month. Following this, it’s popularity grew to unprecedented levels, as evidenced by an ever-bustling and loyal community on the web. As you would expect of any story of success, life happened when the bubble hit its limits, as Bitcoin and it’s hopefulls delved bearish-wards.

This saw the altcoin plunge by at least 91 percent, seemingly vindicating all pessimistic attitudes. The price wasn’t all that encouraging, as the altcoin settled on a tag that hardly went beyond a penny.

Tron loyalists’ hopes were rekindled following the Black Thursday plunge, as the price went bullish to around 3 cents. This was quite encouraging though all signs showed there’s a lot of climbing to do in order to reach it’s former colossal heights.

Following a 20 per cent uptrend within the past 7 days, it’s very likely that the altcoin is up for a long period of recovery. A careful look at key trend analysis tools provides fair evidence to support this standpoint.

Some great news from the Average Bidirectional Index

Like other leading cryptocurrencies, an extensive sell-off and unfavorable sentiment were the key culprits to the altcoin’s steep downtrend. With the reversal of the bearish trend in the general crypto market, investor confidence levels in the altcoin improved thus powering the cryptocurrency up the price ladder.

Collectively, the cryptosystem has soared by an impressive 80 per cent since January, which has also led to unprecedented popularity levels as evidenced by a sharp rise on Google. In fact, Bitcoin is among one of the top 10 searches on Google, which also gives us a good snapshot of how much progress the cryptosphere is making in our everyday lives.

Enough of the sentiment, now let’s consider what the Average Directional Index is indicating. As a highly sensitive measure of the strength of a particular trend, it simply predicts that odds are the current trend will continue upon hitting level 20.

A retrospective look at the indicator just after Black Thursday tells us that the trend wasn’t yet ripe for the ADX to be in favor of a continued uptrend. Since then, the upward trend has been dominant, with the green directional indicator bearing clear testimony.

A look at the charts shows the ADX line treading bullishly over the 20 level mark, with all signs of increasing the momentum in the same direction. Furthermore, there is a strong penetration into the High timeframe resistance, at the same time the bullish trend is gathering momentum. This strongly indicates for a high possibility of the cryptocurrency to continue on it’s bullish trend.

When it comes to the actual heights this trend will reach, it’s currently hard to come by any certainty. There are two key resistance levels to handle on its way up the ladder; somewhere around 10 cents and obviously it’s previous highest price. If the altcoin happens to edge past these levels, new mouth-watering highs may no longer be a mere Justin Sun's and Tron lover's fantasy.

The place where crypto-philes meet to ponder on trust-worthy news, analyses, reviews and opinion pieces that matter. Let's get inspired and grow together!