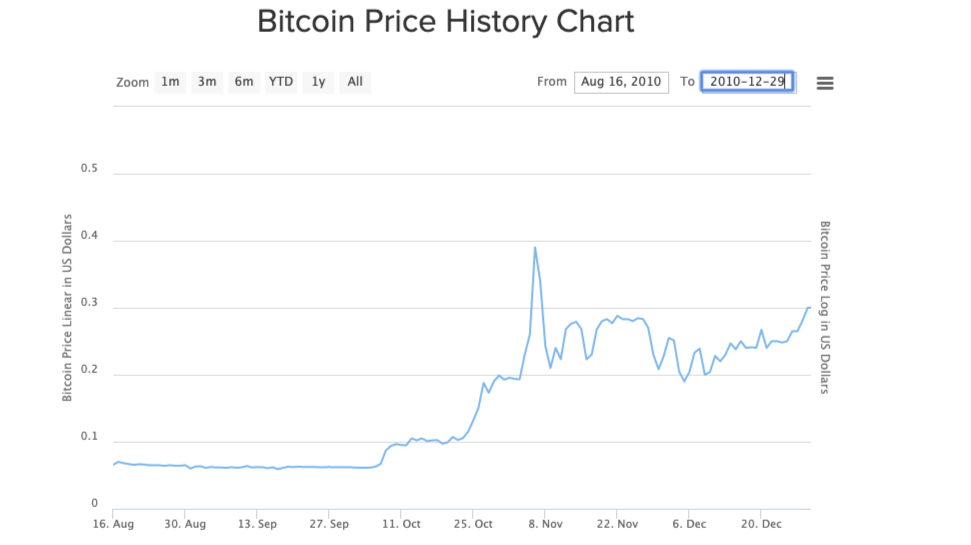 The Original Faucet Gave Away 5 Bitcoin per Visitor.

Gavin Andresen was lead developer for a part of the Bitcoin digital currency project. Gavin discovered Bitcoin in 2010, quickly recognising the brilliance of its design. Soon after he created a website called The Bitcoin Faucet. 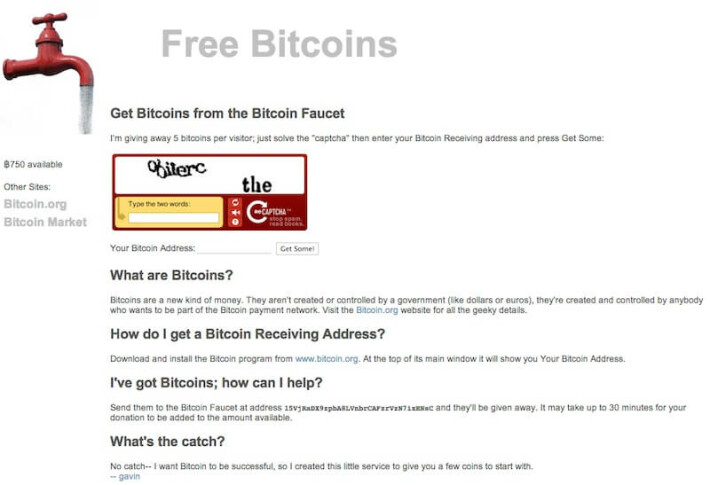 The Bitcoin Faucet gave away 5 Bitcoin per visitor. A grand total of 750 Bitcoin was available to be given away. All one had to do was solve the "captcha", enter your Bitcoin Receiving address and press "Get Some"

No catch - I want Bitcoin to be successful, so I created this little service to give you a few coins to start with. - gavin

Gavin also invited others who had Bitcoin and wanted to help to send them to Bitcoin Faucet address and he would give them away. Noting that it may take up to 30 minutes for the donation to be added to the amount available.

He also gave instructions how to get a Bitcoin receiving address.

Download and install Bitcoin program from www.bitcoin.org. At the top of its main window it will show you Your Bitcoin Address. 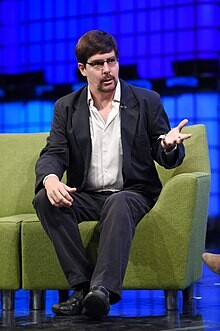 Gavin centre stage during the 2014 Web Summit. More recently in 2017 Gavin expressed support for rival currency Bitcoin Cash, stating "Bitcoin Cash is what I started work on in 2010". I bet that when down well in certain circles.

The approximate value of Bitcoin in 2010

Can I please borrow someones time machine and a couple dollars. Promise to return both!!!