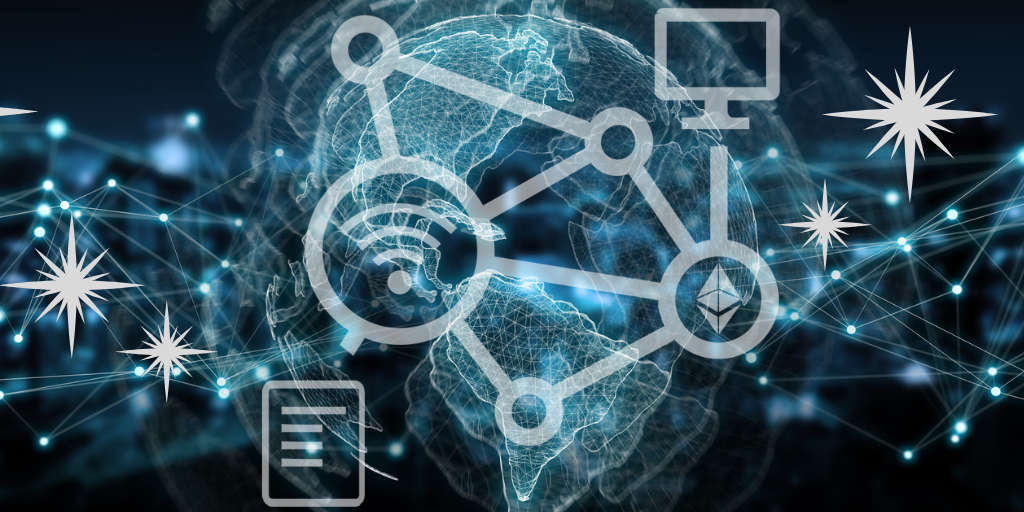 Once upon a time, we lived in a wholly peer to peer world.

In ancient times we had no choice, but to deal directly with the person we wanted to make a bargain with. The ‘middleman’ intermediaries, the embryonic bankers and credit brokers, they didn’t arise until people started trying to make deals with one another over distance — distance of both geography and time.

In fact, we even invented derivatives very early in the history of human interaction, when around 2000 BC in Assyria and Babylonia wealthier merchants started to make grain loans to farmers — which were effectively futures contracts on the upcoming harvest. They also provided something amounting to an escrow service for traders carrying goods between cities. But before that, in our earliest days, we were strictly p2p.

By the time of industrial revolution such structures were fully entrenched across the world, a vast range of institutions brokering, exchanging, insuring, hedging and otherwise mediating the way one peer transferred value to another. But the very term ‘peer’ in p2p implies a parity of status in the relationship, as opposed to the centralization of power and wealth in the hands of a smaller number of financial institutions.

Nowadays most of us can trade pretty much anything, with anyone in the world — at a price, depending on the links in the chain, of all those third parties. And most often there is a payment service we can use to mediate this deal, we rarely have to meet or interact directly with our trading partners. Indeed, cash transactions of any significant size are increasingly viewed with surprise and suspicion, something you would surely only do to avoid the scrutiny and paper trail that accompanies the more acceptable ways of transferring funds. I am trying to remember when I last set eyes on a €100 note, never mind a €200 or a €500 (and I don’t imagine a shopkeeper or anyone else dealing in cash would be very happy to receive one either).

People who talk about the demise of cash money though could be overlooking the vital role of direct payments, the micro-transactions which grease the wheels of the bigger economy — from tips to bribes to loose change, just as there will always be deals people prefer to make in cash, people have sought ways to transfer value and assets to one another on a p2p basis.

Online, your ‘peers’ can be anywhere

Once humanity got online not only could people locate and connect with their communities of interest all over the world — greatly increasing the sheer number of potential people we could make deals with — other types of content became easily digitized and distributable.

Before we had a blockchain to verify and validate the assets involved, sending an mp3 or an image file to a friend became as easy as attaching it to an email, and with numbers and connection speeds grew exponentially, Metcalfe’s Law helped this trend toward infinity. Intellectual property and copyright legislation which had served the world adequately for decades had to be hastily updated, to take account of new forms of sharing which had effective zero unit cost to the distributors.

And the third parties can be anywhere too
In the early years of the new millennium, you could buy music from Apple — to ‘put 1000 songs in your pocket’ — for nearly the same price as you’d pay for a CD or vinyl (remember those?) Or you could simply go to Napster and download whatever you wanted, without putting one cent in the creator’s pocket however many you had in yours. Long before streaming music was dreamed of (or the internet speeds existed to support it), you could rip whole albums over your dial-up connection, patiently wait for the file to arrive, and play them as often as you chose.

But we all remember how that ended up. With the Recording Industry Association of America going to war, and Napster winding up paying $36m in damages, thanks to a high-profile lawsuit.

So, that was the end of P2P filesharing, and everything was fair for creative artists from that moment on… right?

The future is decentralised

It’s ironic how since the closure of Napster, p2p file sharing became increasingly correlated in the public consciousness with illegality and piracy, even though the technology itself was, as usual, completely neutral. Plenty of legal file sharing takes place all the time using networks like BitTorrent, such as fast downloads of open source projects like Linux distributions.

But we all know that torrent sites also get used for sharing many other types of file, under varying legal frameworks or otherwise… And while every now and then one does disappear overnight, torrent sites continue to thrive and proliferate. Why? Because as well as being P2P, they’re decentralized. Shut down one node, a dozen more keep seeding. It’s not worth the law enforcers’ time and effort, in most cases — certainly in situations where nothing more than copyright violation is at stake — to continue to play whack-a-mole with all of them.

BitTorrent has been growing and updating since 2001, now supporting streaming video and online gaming, in line with changing times — a central part of the streaming revolution in fact, although their original torrent model is quite different and still very useful when a permanent download is desired. In its 2006 heyday it accounted for the majority of online traffic, a statistic now obviously obliterated by the centralized, mediated content distribution services like Netflix and Amazon, which people pay to use. But it still has a growing number of nodes, is propagated by its users, has never been penetrated or shut down, and thrives independently of corporate alternatives — does this remind us of anything?

And the continued persistence of BitTorrent — particularly as a demographic comes of age that does not remember Napster, but expects to pay for content via iTunes and media distributors — proves that the combination of P2P with decentralization makes for a pretty resilient and effective protocol.

The success story of BitTorrent continues, with one of the most successful Initial Coin Offerings of 2019 — a year by which many had given up on ICOs altogether. 59.8 billion BTT tokens were sold through Binance’s token sale platform on Jan. 28 at a price of $0.00012 per token, according to sale information provided by the exchange, and at the start of May 2019 is trading at $0.000669.

And similarly, with cryptocurrency, we also have a choice in 2019. We can use centralized exchanges, put our bids in the order book, and be part of a new kind of financial institution — one which is a central point of attack for hackers and state actors alike, as well as becoming vast profit-making corporations in their own right. We can follow their rules, use limited and expensive on-ramps, and submit to intrusive KYC involving sending copies of sensitive documents to who knows where…. Let’s face it, it’s how most of us get started buying a bit of crypto, and I regularly recommend it to people just getting started in the space to make their first purchases.

Or we can choose to make our own market, trading directly with our peers anywhere in the world, in a growing range of cryptos and via a diverse range of payment methods and sovereign currencies. Be part of a growing global community, where we can make deals on our own terms, with partners of our choice. At p2p exchanges like LocalCoinSwap, the network gets stronger with every new participant onboarded, just as intended in the original Bitcoin whitepaper (which was subtitled “A Peer-to-Peer Electronic Cash System”, not “a replacement for your bank”).

As the cryptocurrency userbase matures and diversifies, there will doubtless be a need for both centralized and p2p platforms, for those who want to outsource their sovereignty and custody to third parties at all times — who will pay a price in terms of their privacy quite happily, as they do with the third parties they use today to share everything from social updates to their shopping behavior.

But cryptocurrency does give us the choice to return to the level playing field of genuine p2p, humanity’s oldest form of exchange — so things have truly come full circle in this brave new world.