BLOCKCHAIN TECHNOLOGY What is Blockchain and What is It For ? 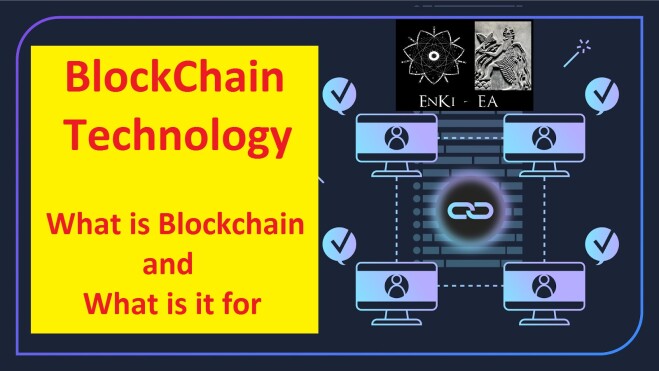 I. SUMMARY
Blockchain enables peer-to-peer data storage and It is a technology that allows it to be shared. Structurally,
Blockchain data can be queried, shared and secured through consensus-based algorithms. It is used in a decentralized manner and eliminates the need for intermediaries or trusted third parties.

II. DETAILS
Blockchain technology has recently received a lot of attention from the national and international press, various international organizations, the private sector and public institutions, but has been cited by some researchers as potentially a more powerful technology than the Internet [1] .

In the report published by Allied Market Research, it is stated that the blockchain market was 228 million dollars in 2016 and could reach 5.4 billion dollars by 2023 [2].

With blockchain, people no longer need a third-party broker to secure and verify their product or service transfer transactions. The trust protocol created with the blockchain provides a reliable, transparent and accountable environment. Blockchain forms the foundation of security for users through decentralized distributed data structures. [3].

Zheng vd has defined the blockchain as a data ledger in which all approved transactions are stored as block lists, and that fits as new blocks are added [6].

According to Reyna vd, the blockchain is a distributed, transparent, unchangeable and secure data structure where the security of transactions is verified by the networking stakeholders [7].

Satoshi, the inventor of Bitcoin, a virtual currency
Nakamoto in his 2008 study (A Peer-to-Peer Electronic Cash System) is the first person to mention blockchain technology without naming it as blockchain.

Nakamoto studied the working principle of the blockchain in the particular cryptocurrency Bitcoin. The technology used by cryptocurrency in the Nakamoto study has been defined as the system that consists of a large number of data blocks that are cryptographically chained to each other. Blockchain is a decentralized public registration platform. In this system, which provides information and asset transfer, there is no need for any authority or third person in order to overcome the risks arising from the other party. 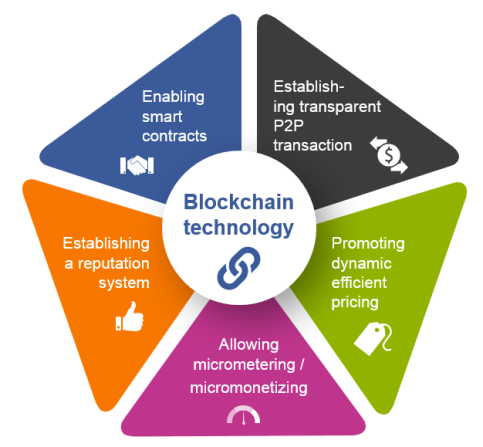 Some of the main features of blockchain technology are listed below.

1) Notarization: Due to the time-stamped hash-based algorithm that manages the distributed ledger, all information recorded in the blockchain is automatically verified and approved without the need for an intermediary such as a notary. Interested parties can know precisely that the information given exist at a certain date and time. It guarantees the fact that documents are stored on a blockchain and prevents possible unauthorized information retrieval.

2) Clearing and Payment Transactions: Potentially, the efficient execution of transactions using a blockchain, private / public key encryption, and distributed account data, and It allows the transfer of any digital asset or asset representation without the need for reliable third parties. Cash or securities are calculated in real time. Because when the next update on the blockchain is approved, the transaction is instantly completed. This system will eliminate the need for post-trade validation and central clearing during the reconciliation cycle, and speed up the end-to-end process, reducing the scope of data errors, disputes and reconciliation delays.

3) Smart Contracts: ¨ Smart contracts, Allows automation of based relationships and changes the state of assets in a distributed ledger. This concept developed the idea of ​​"smart bonds", which are securities that have the capacity to automatically handle company transactions and cash events (interest payments, nominal amount repayment at maturity, departure, closing events, etc.). For smart contracts, the flow of money can be automated by connecting to an external event, for example, a command can be given, such as "if the product is received, send the supplier X $ 10,000, otherwise take it back". Thus, smart contracts, one of the features of BCT, enable to reduce or eliminate the mutual risk in commercial relations.

4) Unchangeable Data Storage: Provides an invariable data storage capacity for documents or any type of assets in a digital chain that is stored on the network and continues to be stored through timestamp generation processes. Data are distributed among participants and no single participant can handle them. An immutable transaction history can provide a chain of ownership in supply chains. The immutable transaction history is clear evidence for the participants and allows tracking of products that are bought and sold.

5) Transparent Real Time Data: According to a study by Wyman Euroclear (2016), the greatest benefits of BCT in the financial sphere stem from the technology's ability to provide transparent real-time data. This feature of the blockchain can eliminate data enrichment, compromises and disputes between other parties. Participants can display the data they rely on by selecting the opposite side before the processing time to ensure greater precision than their own values ​​and thus reduce their risk [8].

Blockchain Architecture
The blockchain is used for all transactions such as the general ledger. It consists of sequential blocks for which records are kept. Figure 1 shows an example of the blockchain structure. A block has only one main blog, and each block's header contains the previous block's summary information. The first block of the blockchain is called the genesis block, which is not a master block. 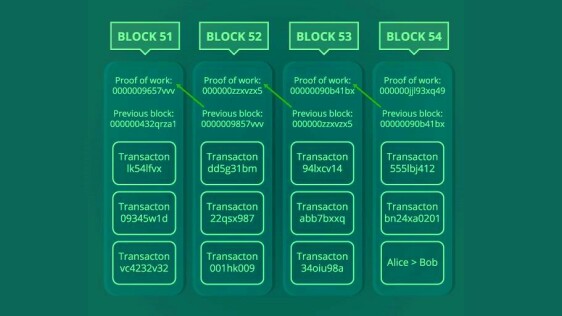 In general, we can list the advantages and disadvantages of blockchain as follows [9].

III. RESULT
Blockchain can be expressed as the beginning of a new era in information technologies with its transparency and distributed structure that removes central authority.

The press, social media, international organizations, private sector and public institutions show a great deal of attention to the issue of blockchain, and when academic studies are examined, the number of studies on blockchain in the last few years it seems to increase rapidly.

It is understood that blockchain technology can change the business structure of the business world, will support the removal of borders in the context of countries and to speak the common language. For example, in banking, while there is the difficulty of paying fees and making swift transfers from one country to another, it is a reality that money transfer is realized with small expenses within seconds with digital currencies.

After the emergence and development of transparent and accountable technologies that abolish centralist structures such as blockchain, the business world can adapt to this change, and countries reorganize themselves, their management and laws accordingly. It is understood that it is necessary.

In this context, the inclusion of new technologies such as blockchain in education curricula, the development of human resources with the competencies of the age will contribute to the development and better understanding of the application area of ​​these technologies.

Human power, institutions / organizations that have grown in this field will have the opportunity to contribute more by becoming more competitive in the global economy. 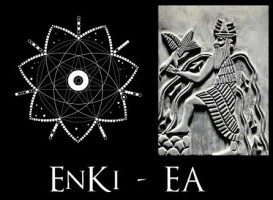 This article has been prepared and presented to you by Enki-EA, spending time searching the resources listed below.

Readers who like the article, clicking the like button, following the blog, sending a tip contribute to the continuity of this block and make Enki-EA happy.

I wish you healthy and happy days.  Enki-EA

[3] D. Tapscott and A. Tapscott, Blockchain revolution: how the technology behind bitcoin is changing money, business, and the world, 2016.

[8] Wyman O, Euroclear (2016) Blockchain in capital markets — the prize and the journey.

I am a person who constantly researches and share his knowledge with his articles. Knowledge is valued as it is shared. I make analysis and evaluations about crypto exchanges. I believe that the 4th industrial revolution is happening with block chain thc.

Blockchain enables peer-to-peer data storage and It is a technology that allows it to be shared. Structurally, Blockchain data can be queried, shared and secured through consensus-based algorithms.