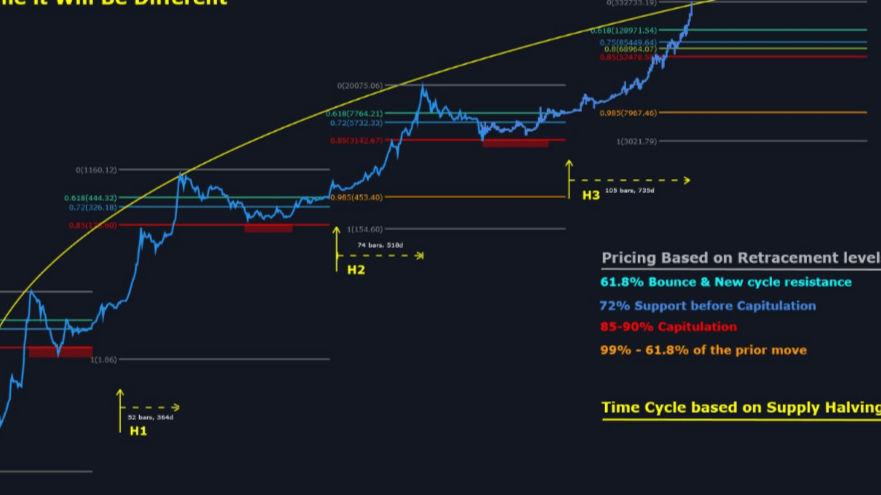 Keep Calm and HODL On? 3 Reasons to Look Past Bitcoin’s Price Rout

That's the message to anyone spooked by bitcoin's brutal sell-off from several bullish experts interviewed by CoinDesk.

The bellwether cryptocurrency has tumbled 11.5 percent in the last week or so, likely due to a lack of positive catalysts entering the picture and China's latest crackdown on digital asset trading. It briefly dipped below the psychological level of $7,000 and as of this writing is trading around $7,117.

But zooming out the lens a bit and taking a macro perspective, experts note at least three plausible reasons to think this may be just a hiccup for bitcoin.

On the demand side, institutional trading platforms like Bakkt and Fidelity Digital Asset Services (FDAS) are starting to see uptake. Retail bitcoin purchases are on the rise at the popular consumer app Square as well. And all else equal, the expected halving of mining rewards next year bodes well on the supply side since it will reduce the amount of new bitcoin regularly injected into the market.

“While the latest drop in price is a short-term cause for concern, the fundamentals around BTC and increasing institutional adoption continue up and to the right,” said Jehan Chu, Co-Founder and Managing Partner at Kenetic, a venture capital and trading firm based in Hong Kong.

After a disappointing start in September, the Bakkt futures market has started to ramp up in earnest, hitting an all-time high on Nov. 22, with 2,728 contracts traded. That was a 68 percent increase on the day prior while open interest was up 29 percent on the day. Open interest refers to the total number of outstanding derivative contracts that have not yet been settled.

A subsidiary of Intercontinental Exchange (ICE, which also owns the New York Stock Exchange), Bakkt is a regulated platform and exchange for the purchase, sale and storage of crypto assets aimed at institutional traders and companies.

Its role has been to increase confidence and trust within the crypto-sphere amongst larger funds by offering more sophisticated trading instruments such as futures contracts that can be utilized to hedge against risk.

“It's actually good that it's going to take longer for bitcoin to hit the next all-time high because it shows how the market is maturing and with more institutions jumping in,” said Josh Rager, an analyst and co-founder at Blockroots, an education platform for trading focused on the BTC market and crypto-assets.

Similarly, platforms targeting large investors, such as FDAS, launched earlier this year by mutual-fund powerhouse Fidelity Investments, provide a vital service for those larger funds seeking a safer avenue to enter crypto without having to rely on exchanges to store their crypto. They are likely boosting long-term sentiment by providing custody options for digital assets, experts told CoinDesk.

To be sure, it's not as accessible as some may have hoped. Gurbacs' firm, for example, withdrew a proposed bitcoin exchange-traded fund (ETF) from consideration by the U.S. Securities and Exchange Commission (SEC) in September, after the regulator signaled it was in no hurry to approve any such vehicle for retail investors. Instead, VanEck is selling shares in an ETF-like bitcoin fund strictly to institutions.

Another encouraging sign for the bulls is the fact that first-time buyers of bitcoin through Square's Cash app have roughly doubled, with the company's bitcoin revenue climbing 244 percent year-over-year to $1.27 billion in the third quarter.

Admittedly, Square only started offering bitcoin purchases in November 2017 (near the peak of the last bull market), so that triple-digit growth is from a small base. Also, the company's profits from bitcoin sales have been comparatively tiny, in the low seven figures.

Still, for Chu, the data bolsters the case for optimism, when combined with the developments on the institutional side.

"Bakkt trading volumes are steadily increasing, retail purchases on Square are at high levels, and platforms like Fidelity continue to create comprehensive access to Bitcoin for their customers – all of which are bullish long-term signs for bitcoin," Chu said.

Then there are the key metrics about the asset itself. Rager noted that the hash rate, a measure of how much computing power is being devoted to the bitcoin network, has tripled since the previous all-time price high of $20,000 December 2017.

In his interpretation, institutions are selling to force weaker hands to capitulate, so the larger funds can accumulate BTC at lower prices ahead of the halving expected in May 2020.

Jonny Moe, a crypto day trader and analyst, agreed that the halving was the single biggest factor relating to the bullish long-term case and that BTC itself is a deflationary currency whose purchasing power should grow over time.

“To this point, all the evidence we have is that price has respected this disinflation in supply,” Moe said. “Until we see it stop following this four-year cycle, the most simplistic long term view is to just respect it and let it continue.”

But bear in mind that this point is up for debate. Some traders aren't sure history will repeat itself. Previously, those buying bitcoin in anticipation of the halving had the wind at their back, in the form of an already-bullish market, crypto trader Willy Woo noted recently.

"Well this time around, we have gone $14k->$7.5k and that's killing off weak miners who are dumping and dying," Woo tweeted. "This adds to the already bearish action, so no happy front running 6-months out due to sell pressure. You can't draw repeat fractals, the fundamentals are different."

In the first place and before considering whether Bitcoin can be overvalued or we must not be clear about three aspects that differentiate it from the rest: the fact of being digital , its decentralization and its recent creation . 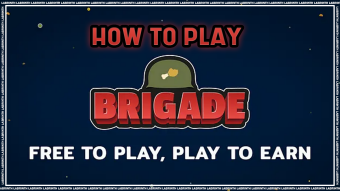 Taco Universe | How To Play Brigade 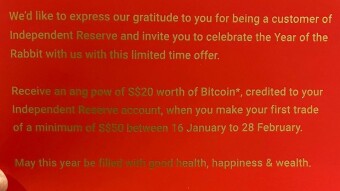 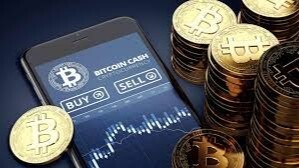