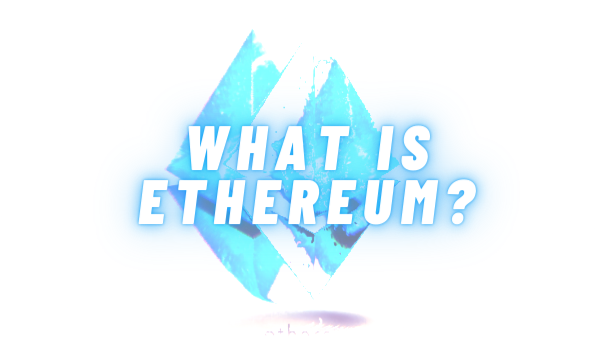 Ethereum (ETH) derives its value from a multitude of factors – it is used as a settlement layer for financial transactions executed on the Ethereum network, which allows users to perform a range of functions, including:

In addition to utility value, speculation on ETH gives it value – value derived from speculative activities like trading and investing. Crypto assets can attract substantial speculative investors, with some assets increasing in value by 1000x over just a few months – this was first observed in 2017 but has been a continuous trend.

However, it is worth noting that while speculative interest brings fresh capital into the Ether ecosystem for investment purposes, this can sometimes be damaging for short-term market sentiment.

Proof of Work vs. Proof of Stake

In the current Proof of Work (PoW) system, miners compete to find a block in exchange for rewards for their work to be paid in that blockchains native cryptocurrency asset.

Upward price movement naturally brings more miners, which then increases the network difficulty. As the network difficulty ramps up, it ultimately becomes unprofitable for miners to find a block. Due to this, large-scale mining operations, commonly known as mining farms, are the standard in being one of the only profitable ways to mine on a Proof of Work network once it reaches the allotted size.

Miners can also join mining pools to increase their chances of finding a block, thus, increasing their rewards. The drawback is that mineable block rewards ultimately dwindle quickly this way, as block rewards get distributed among those holding the largest % of the mining pool.

Ethereum 2.0 (Serenity) favors liveness over safety, meaning that the protocol should function even if most validators go offline, such as in the case of a globally catastrophic event. When ETH transitions to Proof of Stake (PoS) under Serenity, users will be able to stake 32 ETH per validator node and receive rewards for their work in the form of additional Ether at a dynamic issuance rate, discussed below in the next section.

Under PoS, the cost of attacking the ETH network is tied directly to its price. Instead of using energy-intensive mining (as it is under PoW), validators stake ETH but will lose part or all of their stake if they attempt to behave fraudulently. The more validators with staked ETH securing the network, the more Ethereum an attacker would need to purchase to carry out the attack.

Such an attack would likely cause a rapid increase in the price of Ether, making it cost-prohibitive for the attacker in most cases. There have also been discussions around introducing a fee-burn model where a percentage of Ether used to pay transaction fees gets burned, effectively reducing the circulating supply of ETH.

The Dynamic Issuance Rate of Ethereum

In Ethereum 2.0 Phase 0, otherwise known as Serenity, there will be a slight bump in the issuance rate due to the beacon chain running parallel to the ETH 1.0 chain, potentially from 4.5% to 5%. In Phase 2, the ETH 1.0 chain will be deprecated, and the network issuance rate will dramatically fall to the planned target of <1%.

With Sharding and PoS implemented, while a low inflation rate will always guarantee the validators get rewarded for securing the network, it suffers from the fact that it may dilute the value of ETH for those not running a validator node of their own.

Offset by the number of tokens taken out of the circulating supply through staking, various open finance applications, fee burning, and people even just losing access to their Ether, the dilution should no longer be a contributing factor.

The supply scheme of crypto-assets debated among various parties (especially those in the Bitcoin community) is that there are currently two main approaches: a capped supply (like Bitcoin) or a low, predictable, and hard-to-change issuance rate.

Money is a social contract.

There are many examples of various objects being used as money throughout history, from seashells to gold coins, paper notes, and more. Humans used these things as money because they had perceived value based upon their difficulty to counterfeit, their scarcity, and the fact that they were acceptable as money.

In modern times, commodities such as gold are not used as money because it is not a medium of exchange, even though gold is considered by many to be quite valuable. Ultimately, the government decrees what currency is legal tender, and more importantly, what they will accept as payment within the country. Typically, the government controls the supply and thus reserves the ability to create additional funds at will.

Fiat currency is a flawed construct; even when managed correctly, it has dire consequences for a nation (for example, look at what has happened in Venezuela). Regardless of the power and influence that a government may have over its citizens, a mere decree that something is money is not enough. Or at least, it should not be that way.

The citizens have chosen to collectively believe that fiat currency has actual value and will not suffer from dilution by extreme inflation.

An object must typically exhibit five distinct attributes to be considered money: portability, durability, divisibility, fungibility, and established history, known as the Lindy effect. ETH is highly portable because it is digital, durable, and divisible up to 18 decimal places but has limited fungibility as ETH tokens are interchangeable.

For something to function as money within an economy, it needs to act as a trustworthy medium of exchange, a unit of account, and a secure store of value. ETH serves as the primary medium of financial exchange within the cryptocurrency economy for a wide range of apps, with dApp providers accepting it for fungible/non-fungible tokens and other services. It is also used as a unit of account by various parties, including companies that have raised ETH via initial coin offerings (ICOs).

The ETH token has historically seen its use as a store of value, with investors and speculators purchasing ETH to hold for investment purposes, given its relative scarcity, predictable supply growth, and inherent utility. Finally, Ether features censorship resistance and interoperability with many other blockchain networks.

Ethereum has been in operation since 2015 and continues to build an established history, and the Ethereum network has functioned effectively for most of its life. The other % includes surviving The DAO, multiple large hacks of smart contracts, multiple protocol-level exploits, the Shanghai DoS attacks, and numerous bear markets.

On top of this, Ether features censorship resistance and interoperability with many other blockchain networks, and the ERC-20 ecosystem currently secures billions of dollars in value, including utility tokens, NFTS, stablecoins, asset-backed securities, and many other digital stores of value.

Resistance to change (tamper-proof) is the only way for a decentralized financial system to secure trillions of dollars worth of value – if we expect the DeFi ecosystem to continue disrupting traditional finance systems, ETH 2.0, aka Serenity, is our next best bet. 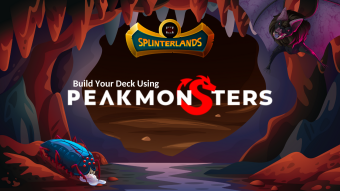