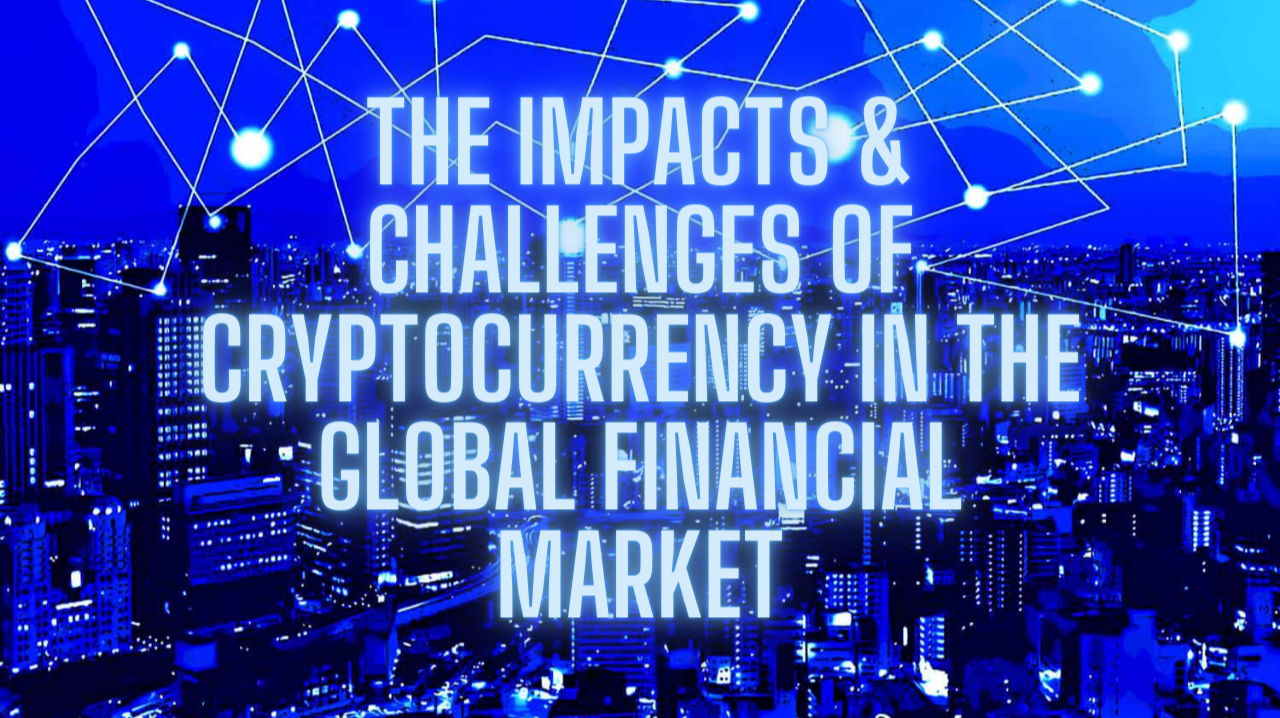 Cryptocurrency is still in the experimental stage globally, but with people already seeing its value and popularity, digital cash can and will likely become the viable future of money.

Given that governments have begun responding to it, cryptocurrency has undeniably already made a broad impact on the global financial market.

In the eyes of many minds, cryptocurrency has become similar to a hedge against horrors of inflation because metrics such as circulating supply are mathematically limited.

Secondly, the arguably most appealing benefit of cryptocurrency is that it affords users the capabilities to authorize and authenticate their financial transactions without the need to rely on a trusted third party or any intermediaries.

On the technical side, there remain various technical challenges. Because blockchain is such a young technology, it suffers from problems common to technology in its immaturity stage.

The most prominent issues on the technical side are network speed (slow and cumbersome), lack of scalability, and lack of interoperability.

But, for users to maximize the benefits cryptocurrencies can offer, there must be a collaboration amongst all the members - this can slow adoption due to the tremendous scope of the task. Therefore, the most challenging part of a decentralized organization is governance.

Government reactions to cryptocurrencies have ranged from aggressive to indifferent, with investors and speculators cautiously monitoring international developments.

This fact, however, has had little impact on the growth and popularity of cryptocurrencies. For years, government officials and regulators have warned that government intervention would be an obstacle for cryptocurrency adoption down the road ahead.

In 2018, Head of the International Monetary Fund, Christine Lagarde, even stated that regulatory action from the international community on cryptocurrencies was inevitable.

In more recent memory, the governments of India and Turkey have moved to ban cryptocurrency in their respective countries, and it has yet to remain clear whether or not this move plays out in their favor.

The existence of cryptocurrency has minimized the use of the United States Dollar (USD), which is the primary currency of our global economy but looks fast on its way out.

The fact that the global economy has been primarily reliant on the USD means that the adoption of cryptocurrencies will inevitably change the rules regarding international matters such as foreign relations, international trade, diplomacy, and the impact of economic sanctions.

This effect, however, is decentralization in its purest form - and a catalyst for disruptive technology. Cryptocurrencies are already creating an unprecedented shift in the financial sector because of these underlying implications.

However, it is still uncertain who will be most affected by cryptocurrency adoption and which areas of the global financial markets are likely to be the most disrupted.

In combination with the organizational challenges mentioned earlier, such as lack of cohesive governance, lack of awareness and understanding, lack of user experience and education, the road to global cryptocurrency adoption in the financial markets going ahead is still a challenging one.

Some organizations do not like the idea of blockchain and its disruptive character. For some, it is a nightmare thinking they will lose market share or may even become obsolete.

This fear, however, has done little to prevent the widespread use and global adoption of cryptocurrencies at a quickening pace. Cryptocurrency and blockchain adoption places trust and authority in a decentralized network rather than in a powerful centralized entity. And for many, this loss of control can be deeply unsettling.

Finally, a more imaginative approach is needed to understand the opportunities and advantages of cryptocurrency adoption and how these digital currencies will have a broader global impact.

Ultimately, it is safe to say that cryptocurrency is not going away any time soon - and those who take a more proactive approach in embracing this change stand to gain the most from this globally disruptive technological innovation.