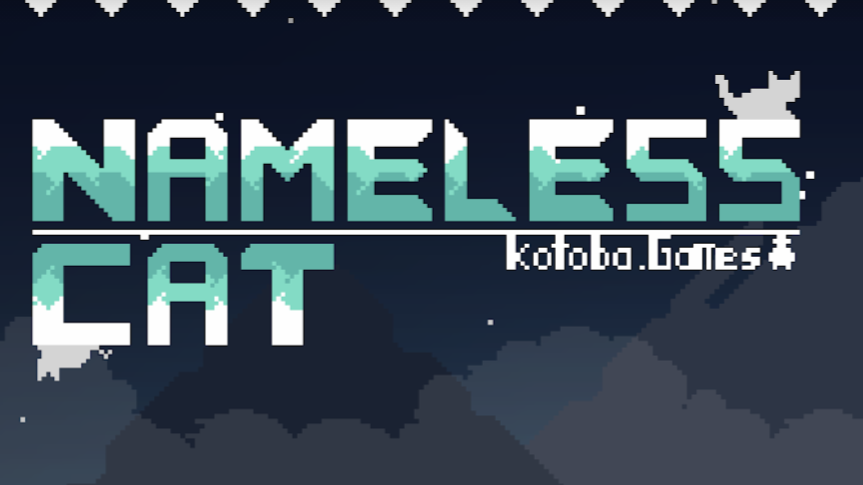 Nameless cat, a platformer about a lost kitten

Hello and welcome to my first blog -and post-, I’ll be publishing here about a topic that I haven’t seen so much on publish0x: videogames. But since I don’t have a good computer for running them, I’ll be starting with mobile videogames. I know that it seems there aren’t so much good games at there but I want to show you there are interesting and enjoying videogames to play on a smartphone, so without more to add, here we go!

Today I present a videogame released on April 2020 on the Play Store developed by Kotoba Games. It’s a platform game where you control an unnamed cat who has to recollect little white orbs supposed to be your treasure in order to go back to the world you belong to. But for getting these orbs you will have to get through dangerous obstacles that are able to kill you, and in the same time, meeting characters that will shape a place in your heart, so without nothing more to tell you... This is Nameless cat:

Nameless cat is a simple but homely platform videogame where, as a native platformer, you will have to get through many obstacles and enemies in order to get to the end of the area and continue to the other. You have four controls during the entire game which let you to move, jump, and use your special power. ¿What special power? That’s one of the most special abilities that makes this videogame simple, but at the same time entertainment.

This special power will let you in the beginning to teleport to another places, impossible to reach if you couldn’t jump, and with these 4 movements you will have to overcome all the levels and the worlds for achieving what the caretaker -the person who rules this world- assigns you.

This special power -or movement- it’s what I think that makes the mechanics of this game enjoyable and interesting, not only because it joins a new way of playing this platformer, but also it does it without making the controls complicated or inconvenient for playing it, an aspect that in mobile videogames you have to take care because of the limitations you have in a small touch-screen. And meanwhile you are crossing and achieving new areas, you will get and deal with new ways of using your “power”, and not only just teleporting 😉.

In the same way, every world will introduce not only new mechanics in controls but also in the space, making it every time a little bit harder but amusing when you are taking face to new problems that you didn’t saw before during your route in this game, like using a mushroom for jumping higher than normally, or teleporting to a cube, and many different technics for getting to the end, or even secret areas where you just have to be curious if you want to discover them.

Finally, in the design area, all I just can say is that is beautiful and It catches you with the music, all that you can see in the environment you feel it with the tunes of what are you listening, feeling the emotions of the place and the characters, that by the way, every one is unique and have their own personality and objectives, making them characters that for a moment you share and enjoy with what they tell you, even if you are a kitten who can’t talk. 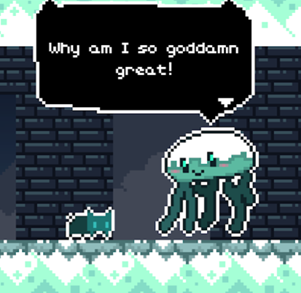 My answer is absolutely yes. If you are a casual player who doesn’t like repetitive videogames as you see them in the Play Store, this is your opportunity to play a great videogame with beautiful design and a nice gameplay during the entire game. The videogame itself is short as only have three world, but believe me, they aren’t going to be so easy at all.

If you want me to recommend more mobile videogames you can comment them and I'll see them! And if you want to see more interesting games that you can play, remember that you can follow me ;)

Without nothing more to say: Thanks for reading!

I'm a newbie about cryptocurrencies, It's nice to read posts :D

Welcome! In this blog I talk about some interesting videogames for android (Or Mobiles) you should try and have fun with them. I will try to write about them in less than 5 minutes ;)