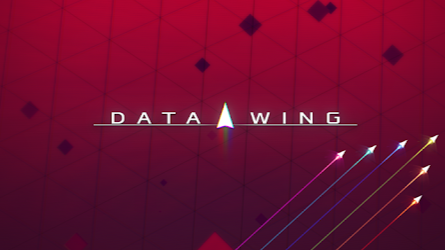 A videogame were you are born as a pointer in the space, without no objective or sense, moving to any direction in an infinty area, until a character who presents to ourselves tell us what we have to do in the system.

You're a DATA WING. - You deliver my data payloads. - That's your purpose.

So without nothing more to say, welcome to data wing:

Data wing is a videogame released on August 2017 and developed by Daniel Vogt. This videogame brings us to a virtual space where we are supossed to be a "Data wing" that in a few words it is a "conveyor" who delivers "payloads" in order to satisfy MOTHER rewarding us with shiny gems. In the same way, MOTHER is the subject who controls and get in charge that everything in the system works well, so the user will be satisfyed with its work and he will be getting more points so he will be rewarded with being able to leave this space, or how he call it: "His waking day". But meanwhile, he has to orrganize and accomplish the priorities of what is on the list, and for this tasks we will have to be able to race, find, and finish the tracks on this virtual environment. 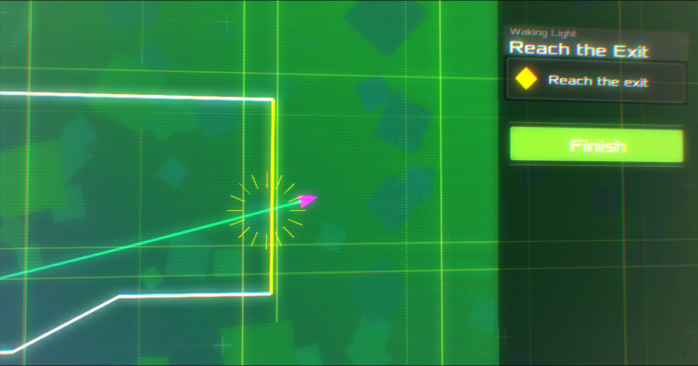 The plot of the videogame is the lastly mentioned, but meanwhile we are giving to MOTHER more access since he sees how we are a "particular" data wing, we will meet a new character during the road, along with new information of how this virtual reality works and about the user of the system. The story itself of the videogame is great, not such a big thing, but it has their little details that make it intriguing and interesting to read.

So during the entire videogame we will only have two buttons: Left and right. They will let us to drive the data wing which speed up by itself unless we brake pressing the two buttons at the same time, which is not something complicated since this buttons are divided in our screen, so it isn't a big problem since the controls are easy to use.

The only problem you will have to face is driving your data wing. The first times is going to be hard since it seems complicated to drive a "rocket" that doesn't stop and it just accelerates by itself getting crashed with the walls, but with the time you will get to manage it and even enjoy the gameplay, since you will not only race but also find keys or only reach the exit of a circuit.

The design of this videogame is what it makes this videogame wonderful. Since we are born and we travel during the entire system we will get used to an aesthetic desing of this system along the music. Every level has a simple but attractive designs which make every level unique, along to the music that makes you feel that you are inside of a system. You are in a virtual space only delivering only 1´s and 0´s and with virtual characters, separated of the reality, and that's what the videogame itself wants you to feel in the challenges of the levels, even with little detalis as the blurred screen or the scan lines.

So ending this post: Do I recommend Data Wing?

100% Yes, I do. This is one of the hidden gems that mobile videogames has in them, and if you are a casual player you will like it without doubt. The game itself it's short but at the same time is enjoyable when you play it until the end when it finishes. I hope you enjoy it (◕‿◕✿)

If you want me to recommend more mobile videogames you can comment them and I'll see them! And if you want to see more interesting games that you can play, remember that you can follow me ;)

Without nothing more to say: Thanks for reading!

I'm a newbie about cryptocurrencies, It's nice to read posts :D

Welcome! In this blog I talk about some interesting videogames for android (Or Mobiles) you should try and have fun with them. I will try to write about them in less than 5 minutes ;)