Science-bashing: When will it end?
#BinanceFARMer Contest - $1,000 in iFARM Rewards! > ENTER HERE < and don't forget to Guess AMPL Rebase ($200 in AMPL Prizes)!

Science-bashing: When will it end?

A troubling offshoot from the COVID-19 crisis is the outcry against scientific research and scientists themselves. Politics, self-interest, and fear (particularly, anxiety about job insecurity) fuel assumptions that the scientific data and predictions must be wrong. “Scientists are driven by ‘big pharma.’ It’s all a hoax. Don’t trust those ivory-tower elites.”

How did it come to this? Why is sound research sometimes ignored? Opposition persists, as evident in social media posts that downplay how easily COVID-19 is spread, in gatherings where social distancing restrictions are ignored, and among demonstrators who claim their right to personal freedom overrides the health of their neighbors. Political leaders convey mixed messages and cherry-pick what is expedient or what appeases their donors and constituents — facts be damned.

Perhaps the COVID-19 crisis merely highlights and makes transparent an anti-intellectual and anti-science perspective that has been building for years. Fueled partly by laxity in educational standards and assumptions of false equivalence between data and personal beliefs, some treat scientific evidence as just another opinion worthy of debate. These beliefs relegate logic, reason, and scientific methodology to opinions and personal choices. But when this impacts policy or legislation or health care decisions, we all suffer the consequences.

“We live in a time when misinformation, falsehoods and outright lies spread like viruses online, through social media and even–at times–in the media-at-large. We have witnessed a concerning shift over the last several decades where policy decisions seem to be driven by ideology and politics instead of facts and evidence. The result is a growing mistrust in American institutions … in science … and in the counsel of leading experts whose lives are dedicated to the pursuit of evidence and reason.”

Along with attacks on the credibility of scientific data, scientists are routinely criticized. Popular society idolizes its celebrities and athletes; yet, leaders in science are mocked as nerds or “Harvard elites.” The benefits of higher education are disregarded or considered suspect. Media, popular culture, and film portray heightened intellect or academic achievement as synonymous with social dysfunction. And even when scientists receive favorable media recognition, women and persons of color are often overlooked. Gifted education in schools receives little funding, and minorities or other marginalized groups are frequently ignored. Widespread myths and assumptions, like the 10,000 hour rule, imply that anyone can achieve success if they exert enough effort. With just a little grit or internet-fueled armchair authority, anyone can claim expertise or presumably achieve success. Yet, experts with years of education and experience are derided - their knowledge base treated as equivalent to information derived from Twitter.

These damaging assumptions and character assaults foster a culture that dismisses and casts doubt on its intellectual leaders. In an opinion piece, David Niose makes a bold claim about anti-intellectualism:

“Decrying racism and gun violence is fine, but for too long America’s social dysfunction has continued to intensify as the nation has ignored a key underlying pathology: anti-intellectualism… America is killing itself through its embrace and exaltation of ignorance…”

New Voices in Sciences, Engineering, and Medicine pointed to several concerns associated with the COVID-19 outbreak, including:

“… the seeming prioritization of protecting economic activity over the recommendations of public health officials and medical experts. This appearance of distrust in science, and in scientists, only exacerbates an erosion of public trust. It also calls into question the extent to which decisions in response to the crisis are made on the basis of data and evidence.”

What contributes to science-bashing in our society?

One factor contributing to science skepticism is America’s love-hate relationship with the corporate world. Corporations are both revered and distrusted. They impact public policy through donations and political influence, and through funding disparities that sometimes affect what research is conducted, sowing distrust. From tobacco corporations to some pharmaceutical companies, there are a litany of cherry-picked and questionable findings stemming from industry-funded research. Both political and corporate motives can influence how data is presented and interpreted to the public. In recent years, for example, disagreement about the impact of man-made fossil fuel on climate change has been debated along party lines.

Banerjee and Hasemyer report that: “American science denialism, deployed for years against climate change and, most recently, the coronavirus, can be traced back to the early 1950s during the fight over smog in Los Angeles.” They describe how a Cal-Tech biochemist was criticized after observing that auto and refinery emissions contributed to LA smog. The authors suggest that there is “overlap” among climate deniers and those who downplay the seriousness of the COVID-19 outbreak.

Religious views and ideology also influence policy decisions and have fueled science skepticism. The religious right, in particular, has been criticized for its presumed influence on policy and the nation’s response to the COVID-19 crisis. Conservative ideology predating this crisis is also implicated. Political divides and ideological battles are pervasive, and this article is not intended to stir the pot — just to comment on factors that advance anti-science views. Religious groups are entitled to their perspectives (and I have argued previously that religious beliefs and science education can be combined), but their influence on US policy decisions is increasing — and problematic.

The influence of religion and ideology is exemplified in the still current practice of teaching Creationism as an equally valid counterpoint to evolution. When educators treat evolution as merely another debatable perspective, and when both the data and the value of scientific methodology are dismissed, then debate over any other scientific finding becomes fair game. The seeds of science denialism are sown. As noted in a recent article, political scientist Eric Plutzer highlights that:

“…teaching the controversy” [the evolution-creationism debate] opens the door to the idea that matters of science are up to students to decide for themselves. “The broader consequence is that students will come away with the idea that important elements of science are based in values and not evidence, and that gives them license to reject other kinds of science.’ ”

The role of education and critical thinking

What may be most fundamental is the inadequate education many children receive, with little emphasis on the development of critical thinking skills. David Niose notes the influence of religion and corporate interests on policy decisions, but also a rejection of critical thinking as fuel for the rise of anti-intellectualism:

“…it is beyond dispute that critical thinking has been abandoned as a cultural value. Our failure as a society to connect the dots, to see that such anti-intellectualism comes with a huge price, could eventually be our downfall…What Americans rarely acknowledge is that many of their social problems are rooted in the rejection of critical thinking or, conversely, the glorification of the emotional and irrational.”

Colin Seale has championed the benefits of critical thinking, and has highlighted deficits in education, where many students have few opportunities for developing this skill:

“Critical thinking is one of most important 21st-century learning skills, teachers and scholars agree that it is key to college- and career-readiness, and it’s even been linked to more positive life outcomes. But as important as critical thinking is, it is still a luxury good: only 1 out of 10 educators teach it, and that teacher usually teaches at a selective school or only teaches critical thinking to a select group of students.”

As a psychologist, I value emotion, intuition, and introspection. Yet, when emotion overrides logic, reason, and scientific data, it creates an untenable situation. A common phrase in cognitive behavioral therapy is: Just because you “feel it” does not make it true. The more we improve education, encourage children to think critically and with depth and complexity, and identify those overlooked, underserved students whom the system has failed, the greater our chances of weathering the next crisis down the road. It should not be an accident of privilege, money, or geographic residence that determines a child’s education. We must do better.

Science deniers often hold firm with their claims. Many of them have acquired an overarching cynicism toward science, along with negative, dismissive views toward scientists. A good start toward bridging this divide would include a respectful dialogue with those who disagree, and understanding the reasons for their distrust. Respecting the scientific process is not the same as blind acceptance. Although outliers, there are examples of poorly controlled studies, speculative reports, and the unfortunate influence of funding and favoritism on what is sometimes published and who is promoted through the ranks. Scientists are human, have their own biases, and make mistakes — like everyone else. Faulty research findings are eventually debunked, though, as a result of the values science holds dear: scientific inquiry, replication, and a willingness to challenge existing theories when the evidence no longer supports them.

Lee McIntyre, in his commentary, “How Do We Reverse the Tide of an Anti-Science America?” says it best:

“At its heart, what is distinctive about science is that it cares about evidence and is willing to change its theories on the basis of evidence. It is not the subject or method of inquiry but the values and behavior of those who engage in it that makes science special…

When done right, the philosophy of science is not just descriptive or even explanatory, it is prescriptive. It helps to explain not just why science has been so successful in the past, but why evidential and experimental methods have so much potential value for other empirical fields in the future. It should also help us to communicate more clearly to those who do not — or will not — understand what is distinctive about science, why the claims of pseudoscience and denialism fall so far short of its epistemic standards, and why scientific explanations are superior.”

Ideally, an appreciation for the values inherent in the scientific process and its spirit of inquiry is essential, along with a recognition that fallible scientific efforts still surpass mere intuition, stubborn beliefs, and wishful thinking. Small changes and even minor challenges can be enlisted every day — on social media, in classroom settings, and in conversation with policymakers. If we continue to embrace anti-intellectualism and anti-science, it will be at our peril. 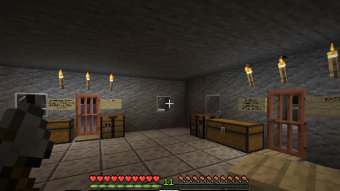