The Slow Rise of Polkadot: How the Project Achieved its Greatest Milestone in 2021
MyCryptoOutlook2022 BitYard Contest and Giveaway - $1,200 in ETH Prizes! >> JOIN FROM HERE << 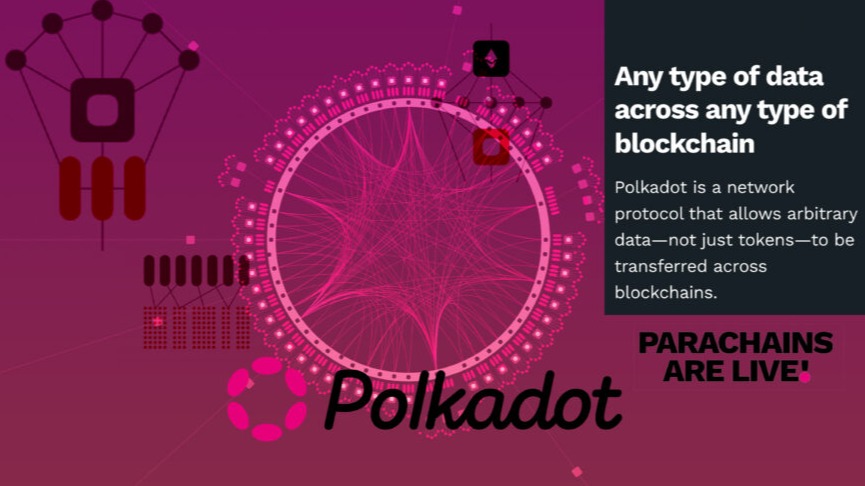 The Slow Rise of Polkadot: How the Project Achieved its Greatest Milestone in 2021 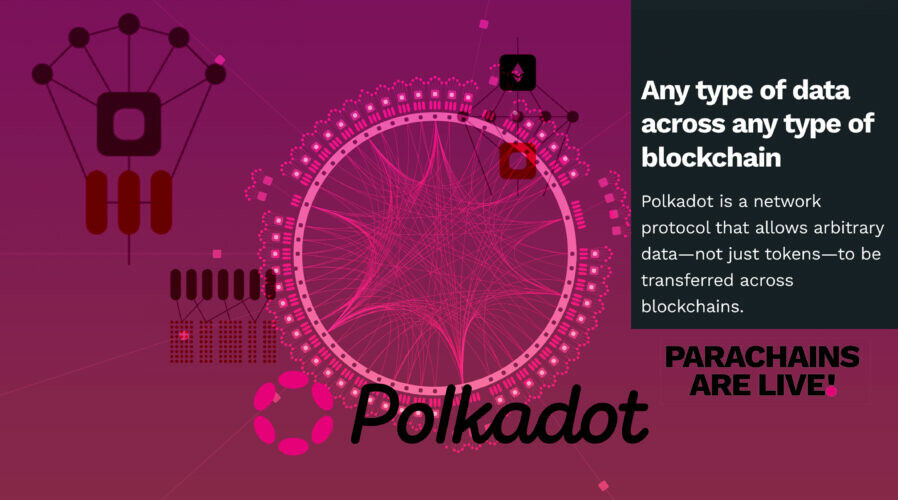 Thanks to its unique design and prominent team, the interoperability- and Web3-focused blockchain project Polkadot has gathered quite some followers and supporters within the cryptocurrency community since its launch.

Just like it was the case with Cardano a few years back, Polkadot has become a hot project within the digital asset space while its platform was heavily under development.

However, this has changed recently, as the project has fulfilled a long-awaited milestone, along with many other important achievements.

In this article, we will take you through the most crucial events, developments, and trends concerning the project’s ecosystem.

Before we take a deep dive into our topic, let’s first see a quick recap about Polkadot, as it’s essential to understand the fundamentals of the project.

Founded in 2016, Polkadot is a Web3 blockchain interoperability platform that aims to connect separate chains (including private, public, and consortium) so they can seamlessly exchange data, transfer value, and work together in other ways.

Polkadot’s network consists of different components, such as:

Regarding Polkadot, it’s crucial to mention its native DOT token, which is primarily utilized for community governance, staking, and bonding parachains (locking the coin to fund crowd loans for projects applying for parachain slots).

It’s also important to talk about Kusama, the official canary network of the project that serves as the ultimate testbed for all the new functionalities, features, and upgrades coming to Polkadot in the future (this is the reason parachain auctions went live on Kusama first).

Thanks to its architecture and design, Polkadot is a highly scalable blockchain that achieves increased throughput when parachains get deployed in parallel to the relay chain. At the same time, its network remains secure and decentralized.

What Happened to Polkadot Lately?

Now that you know the essentials about Polkadot let’s explore how the project’s ecosystem developed in the past few months.

To quickly recap the most important events before the project’s current developments, check out this list below:

Now, let’s see what happened after.

As Polkadot was getting ready for its slot auctions, numerous projects joined the ecosystem to launch their parachains.

According to DotMarketCap, there are currently 150 projects that have already built or developing their solutions to be launched later on Polkadot, featuring a combined market capitalization of over $55 billion and a 24-hour trading volume of nearly $4.7 billion (which also includes DOT’s).

Some of the key highlights include:

Kusama Gets its First Parachains

Earlier, we have intentionally left out one of the most significant events of Polkadot’s history: parachain auctions and the launch of the first parachains.

However, since new upgrades are initially tested on Kusama before they get deployed on Polkadot, the canary network was the first platform to host parachain auctions.

But why are parachains such a big deal for Polkadot and Kusama? The answer to this question is quite straightforward. While the relay chain features only the most important core functionality, new features will be added when a parachain launches within the ecosystem.

Moonbeam is an excellent example. While Polkadot’s relay chain lacks native smart contract support, this functionality can be added if Moonbeam launches as a parachain (since parachains are interoperable with the relay chain and other parachains).

Taking place between June and July 2021, the first five parachain auctions have launched on Kusama, with the second batch of five slots being sold out in September.

It goes without saying that the highly anticipated event was a great success. Throughout the two batches of parachain auctions, over 31,000 unique accounts contributed over 2.6 million KSM (worth around $781 million at the moment) to support crowd loans for participating projects.

After parachains were deployed, tested, and carefully audited by developers and users on Kusama, it was time to launch parachain auctions on Polkadot.

Taking place between November 11 and December 16, Polkadot hosted five parachain auctions in which 12 crowd loans were registered by projects.

While Kusama has attracted many users, Polkadot’s auctions achieved even greater popularity within the community. According to the project’s report, nearly 78,000 unique accounts contributed 113.5 million DOT (over $3.4 billion based on the current market price) in the form of crowd loans.

After the auctions ended, the first five parachains officially went live on Polkadot on December 18. This is probably the greatest milestone in the project’s history, as it represents the final stage in the interoperability-focused blockchain’s roadmap.

At the same time, with the launch of parachains, developers delivered the last piece of functionality that is crucial to achieving the vision the team outlined in the Polkadot whitepaper.

And parachain auctions are not stopping anytime soon. Launched on December 23, six auctions are currently in progress until March 10, with the project expecting this trend to continue throughout the rest of 2022.

Since it was one of the project’s most anticipated events, parachain auctions on Kusama and later on Polkadot triggered a significant price rally for DOT.

Between July 20 and November 4, the cryptocurrency surged from $10.98 to the new all-time high of $53.88, representing a 390% growth in less than four months. During the same period, KSM recorded nearly 200% gains.

What’s Next for Polkadot?

It’s safe to say that Polkadot has had one of its best years so far, as the long-awaited launch of parachains allowed the project to achieve its latest milestone in its roadmap.

However, that doesn’t mean that the team isn’t looking to push through more (major) upgrades in the future. As they phrased in a blog post, “2022 is the beginning of our next chapter in Polkadot’s story.”

As parachain auctions will continue to go on on both Kusama and Polkadot, the projects that have successfully won dedicated slots will start rolling out their solutions, which will introduce increased functionality, scalability, and other benefits for the ecosystem.

At the same time, while Parity is creating a bridge between Polkadot and Kusama, Snowfork’s solution will connect Polkadot with Ethereum to achieve interoperability.

Furthermore, to support developments around this field, the project’s core devs will turn a major focus on refactoring and optimizing the code. Also, they will introduce new tech to reduce the costs and latency of message passing, which would eventually allow each deployed parachain to achieve the 1,000 sTPS (standard transactions per second) per-shard target.

Finally, the team will also work on the parathread feature, which will allow projects to launch their solutions on Polkadot as well as benefit from both XCMP and the relay chain’s security without winning a slot auction.