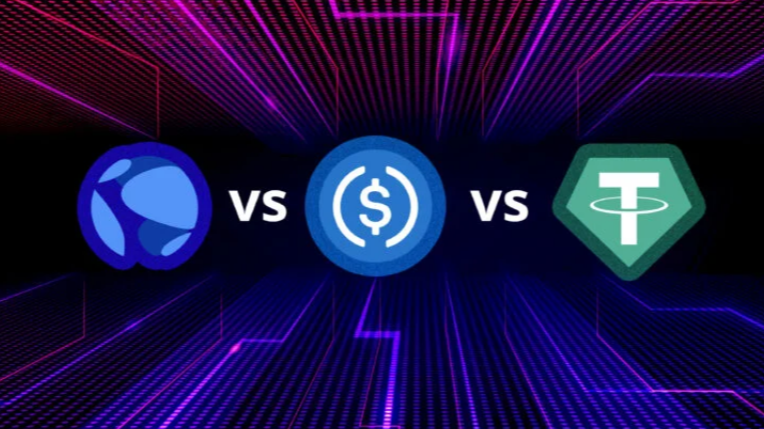 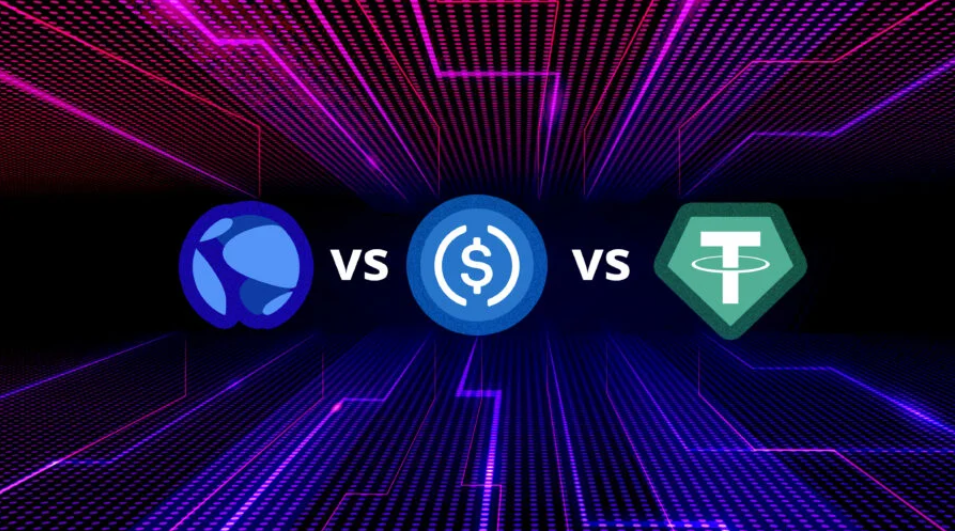 While stable coins only had a combined market capitalization of $3.3 billion in January 2019, they have since become integral parts of the cryptocurrency space. In a little more than three years, stable fiat-pegged assets feature a total supply of over $181 billion, representing a nearly 5,400% growth between January 2019 and April 2022. During the same period, the adjusted on-chain stable coin volume has surged from $8.81 billion to $464 billion, representing an increase of over 5,150%. In the meantime, while Tether’s USDT dominated the market for a long time, Circle’s and Coinbase’s USDC has been continuously growing in popularity in the last two years. At the same time, as a decentralized alternative, Terra‘s algorithmic UST cryptocurrency has been in very high demand lately, allowing the digital asset to recently become the third-largest stable coin. But what is the difference between UST, USDT, and USDC? Let’s find out together by exploring these three stable coins and how they compare with each other. But first, what are stablecoins? Before we jump right into analyzing USDT, USDC, or UST, it’s essential to first define what stablecoins are and why they are useful for crypto users. A stablecoin is a digital asset pegged to the value of a commodity or a currency that feature a stable price. In most cases, the underlying asset is a major fiat currency like the USD, but there are also stablecoins such as Pax Gold (PAXG) that are tied to commodities like gold. As stablecoins function just like “standard” cryptocurrencies on the blockchain but without the high volatility associated with these coins, digital asset investors can leverage stablecoins for many things, such as:

Stablecoins utilize various mechanisms to maintain their value pegs to their underlying assets. How they achieve this is generally based on the category a stablecoin falls into:

Each category has its own set of benefits and drawbacks. For example, while fiat-backed stablecoins are the first successful forms of blockchain-based stable assets and are more available than the others, their centralized operations increase counterparty risks, especially when the project is not transparent about its reserves. At the same time, crypto-backed stablecoins offer a decentralized alternative to fiat-backed ones with good price stability but at the cost of overcollateralization that keeps a significant amount of liquidity out of the market. And despite their overcollateralization, there is still a risk of becoming undercollateralized due to the high volatility of crypto reserves. Finally, an algorithmic stablecoin also leaves room for mistakes, especially when the project behind it fails to make the right decisions before launch. As an autonomous algorithm maintains the value peg instead of fiat or crypto reserves, its creators have to design it carefully as well as develop a business model around it that is sustainable in the long run. Failure to achieve these can lead to grave consequences, such as the coin’s price becoming unstable, which renders it unusable. The Ultimate Battle of Stablecoins: USDT vs. USDC vs. UST Now that you know the essentials about stablecoins, let’s see how USDT, USDC, and UST compare with each other. USDT Since the dawn of stablecoins, Tether’s USDT dollar-pegged cryptocurrency has been the most popular and widely available stable asset. As the top stablecoin by market capitalization ($83.1 billion) and also volume ($82 billion in the last 24 hours), USDT is available on most digital asset exchanges as well as a great share of decentralized finance protocols. Founded in 2014 originally as “Realcoin,” Tether is the name of the stablecoin project that issues USDT as well as the company that manages it -Tether Ltd. While they initially claimed otherwise, Tether and the cryptocurrency exchange Bitfinex are owned by the same enterprise called iFinex. Originally, USDT launched on the Omni Layer Protocol (formerly Mastercoin) and later expanded its support with different blockchains that include Ethereum, Tron, Algorand, Solana, and Binance Smart Chain. Tether is a fiat-backed stablecoin that has maintained excellent price stability since its launch-with only a few exceptional instances where it fell short. For a long time, the company stated on its website that every USDT had been backed “1-to-1” by US national currency held in the project’s reserves. Thus, 1 USDT was theoretically the equivalent of 1 USD in Tether’s reserves. However, due to Tether’s lack of transparency and previous scandals with Bitfinex -both companies were fined multiple times by regulators-, it has always been a great question whether USDT is backed by real USD reserves. Later on, probably because of the pressure from US authorities, the company revealed that cash represented less than 3% of the assets held in its physical reserves. In addition to real-world USD, the stablecoin is primarily backed by: