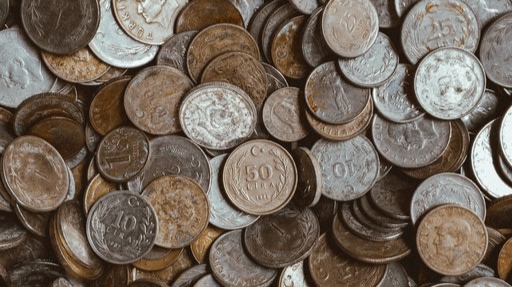 By crypto newbie mom | A foray into crypto, A technophobes journey | 9 May 2022

So to update we are at the stage of placing our miners with hosts, again not as easy as i thought it would be!

An amazing lady that used to be our neighbour, who has known us from the day we arrived here almost 15 years ago, who has fed our son, babysat for him and with whom we have had many fun times with over the years. She has never had much money but would give you her last slice of bread. We have helped her a lot over the years and she trusts us. We know she has no internet but we will put this in for her and pay for it, it will be a bonus when the grandchildren are there. We might be able to teach her so that she could video call her family that live abroad. She is fine with it and even jokes about doing online dating when she has internet! The only issue is that she will have to get the key to the top storey of the house from her son as that is the best place for the miner. We don’t see that as a problem as we would also like to place miners with him and his sister so we can help the whole family and not ‘play favourites’.

A couple of days later we get a video call from the son who seems to be worried we are doing something dangerous or illegal (obviously it is neither), no amount of explaining would help, it was a NO from him and he would not let us put one in his or his mother’s house but it was ok to put one in his sisters. This completely threw us as we had this little triangle as a dead cert. 3 hosts had turned into 1 and one on its own won’t work. Our confidence had diminished and we quite literally felt sick.

Again this is another lady we have known for years, she is trustworthy and her grandson is a friend of our son from kindergarten, who I used to speak to daily. These miners are expensive so we have to be careful where they go. I take our son with me (we thought all 3 of us might seem intimidating) and pay her a visit. We talk, she reads the questions and answers, she asks questions and does not think we are crazy but what she does say, I have no answer for. She politely declines because she is in her 80’s and will probably die soon and does not want to waste our time! Not quite what I was expecting but not in a bad way and she was quite interested in what we were doing.

Another good friend who we have always got along with, in the past we have helped them; they have helped us and have never had an issue. So we pop over but he is not in so I leave a message with his dad for him to call us or come over to the house. We wait, but hear nothing. We are nervous again, what if he says no. We give him a call and he says he will pop over later. We wait………… Well he turns up, we have a chat, explain what we are doing and within 10 minutes he says’ yes of course’’ do you want to put it in now? Our first “Yes”. So off they go and install the first miner (apart from the one in our house). While they are doing that Fred phones a friend and asks him if he would host one and he said yes. We try to pay Fred but he will not take any money so we decide to save it up for him.

We have spent time learning how to set the miners up, they need to be port forwarded and have a static IP address set, so to see that now actually working feels like an achievement in itself. We have had to research the antennas, the cables we need to attach them to the miner, the connections for these and what lightning arrestors to use. We have watched videos and read many articles on how to do this and as it sometimes takes quite a while for deliveries to arrive, we want to get it right first time. Once all these parts arrive we will have antenna upgrades for better signal and coverage.

Host 4 is great, he didn’t have a router so we said not a problem we will get him one, he did not mind us putting an antenna up, he even offered to give us a key to his house! We did politely decline the offer of a key and arranged a day to put an antenna up but we now have a little triangle in the village so we are very happy.

So again we thought this potential host would be simple, he is a well educated business man and more ‘with the times’. We were so wrong. At first he was really keen, we explained everything we would need to do but when it got to the part about internet he literally threw himself over his electronic cash register as though he was protecting it. The miners do not have the capability of reading or stealing his data, they would not even effect the cash register but we realised this was an absolute NO. His reaction left us really shocked we were so surprised by it and felt very down and disheartened as we were leaving.

Scott is another business man, who has his finger in a number of pies so to speak, we arrange a meeting with him. He seems interested at first and even seemed to understand what we were talking about, but again it was another no, albeit a polite no.

Trying to find the positives we know our little village network is working. But some of the potential locations we expected to put miners in were not materialising. That meant that our small network in the village would not be able to communicate with any other hotspots yet.

At this point I was actually wondering what we were doing wrong, I expected these miners to be snapped up but we were definitely struggling so I made contact with a fellow helium miner called David Morefield, he runs a Face book page for Helium mining as well as media relating to other crypto related coins, tokens and security. He helps lots of people so I cautiously message him. He is really helpful and explains that he himself has even had these issues. I think to myself at least it is not just us! He gives us some tips but also encouragement….don’t give up, it WILL happen.  We are grateful for his advice and push on. A little nudge in the right direction sometimes is all you need.

We have had another miner delivered so we think it might help if we use it to show people exactly what it is, its small, shows that the energy consumption is minimal and we are really worried now that we won’t be able to get hosts, we will have 17 when all of them are here! So with miner in hand I go and visit a friend I have known for years. It was an easy conversation, although I was told my sales skills were not great (neither of us are really) it was a yes. Fantastic and I’m sure it was down to trust more than anything else. I feel over the moon and hope we will be able to again get a couple more in that location to form another triangle.

We are still trying to get hosts in our nearest town, as well as surrounding villages so I try a person who I know casually. She works hard and I thought a bit of extra money each month would help her out so we chat and I answer her questions, I send her a link to the site that explains what they are, we have nothing to hide, it is all above board. I was even asked if there was a secret camera in the miner, I guess in jest, but if people don’t know us that well I guess they are just being wary. After a while communication stopped so that was another no.

Again these are people we have known a while but not seen regularly. Not that we had seen tons of people due to lockdown after lockdown. Anyway the conversation was easy enough but this time a lot of questions on the technical side, I try to simplify as it has taken us months of research to understand ourselves. I was quite surprised in how much of this new information I had retained and new all of the answers. They keep saying it sounds too good to be true! What is the catch? Well there isn’t one, we have taken all the risk, it just needs a power socket and a small portion of internet, they say they will get back to me, that they might like to talk to David and get a more technical overview which I said was not a problem. It feels like it may be a no but if nothing else I had a lovely afternoon.

Well we are now meeting up with another couple who are friends; we always have a great time with them and have known them for years also. There were no real questions just a yes, they would be happy to host and even suggest people we had not even thought of that they know well in different villages. David even had a guided tour of everyone’s house and how close they are to each other. They couldn’t have been more helpful. Perhaps we can do this after all.

We invite another couple who are friends, over for dinner. We have always enjoyed their company, but again have not seen them for a while. We were having a fantastic evening and I had made a huge steak pie, it was great catching up and we had not even mentioned the miners yet. Strangely though David was not eating his dinner, one of his favourites so I actually wondered if it was not nice! I decided we needed to bring up the miners, as they were intrigued to know what we were up to. They also seemed keen but there were a few things that needed to be sorted out first. In theory then, it was another yes and that would be great for us as it would pretty much cover that village as the miners need to be a minimum of 500 meters apart. I also asked David if he didn’t like dinner and he said he was so worried about asking them and ruining our evening or friendship that he just couldn’t eat it.

I have had an interesting rollercoaster ride into the world of crypto and want to share my story.

A foray into crypto, A technophobes journey

A personal blog about how we got into crypto and the rollercoaster ride it was.